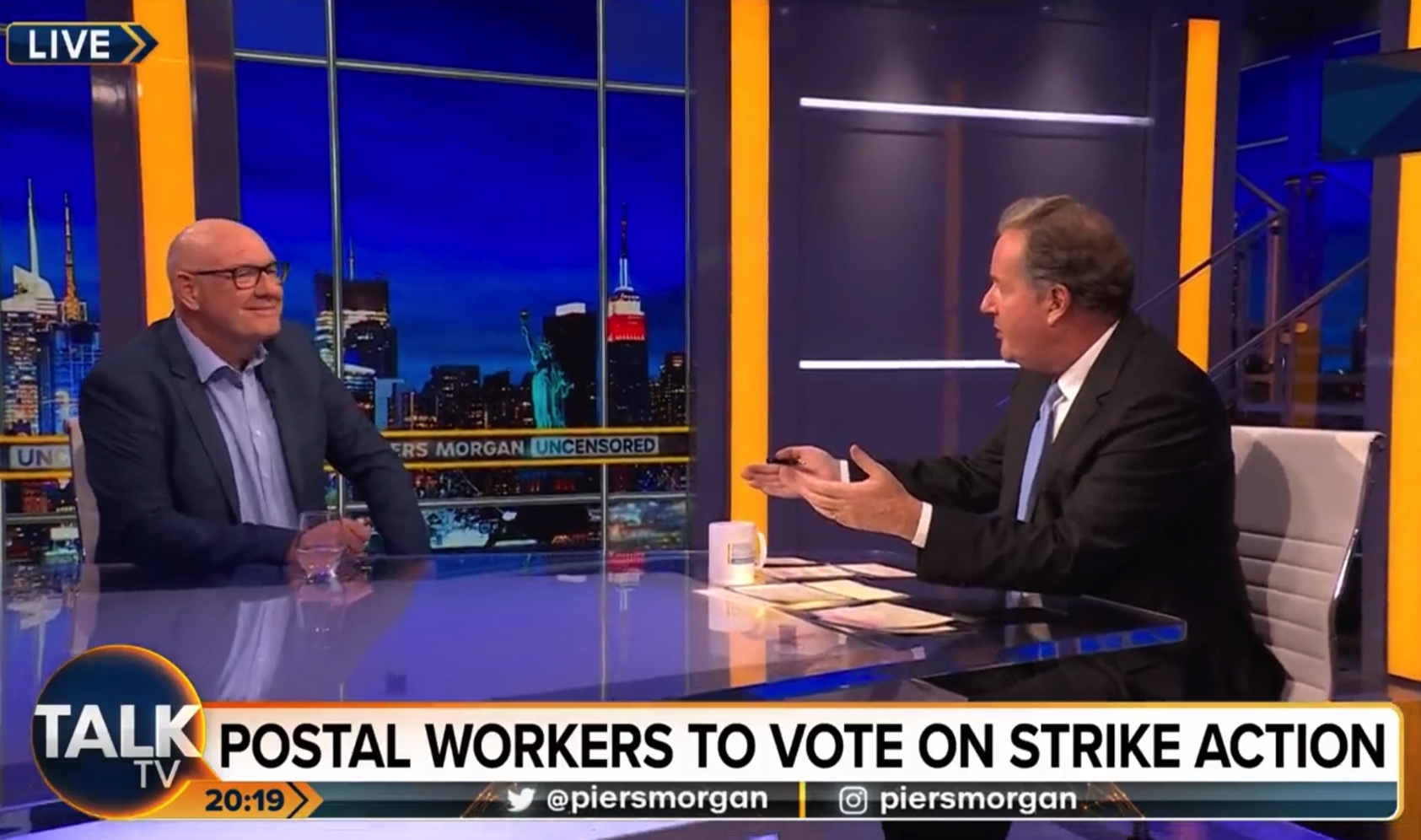 Communication Workers Union (CWU) General Secretary Dave Ward forestalled questions from Piers Morgan by changing his Facebook profile picture ahead of an interview on his Uncensored To display.

Last week, the former GMB The host made headlines after quizzing Mick Lynch on why he had Thunderbirds’ The Hood as his profile picture on the social media network.

The puppet looks like Lynch, but many were confused as to why this was seen as the big deal of the day.

As Royal Mail workers were elected this week over a potential strike, the CWU boss appeared on the show to discuss the impending industrial action.

Morgan challenged Ward over his own salary, which is decided by union members via their conference.

Ward also sought to forestall possible questions about her Facebook profile picture by changing it shortly before the show.

Related: Support for strikes ON THE RISE – new poll reveals