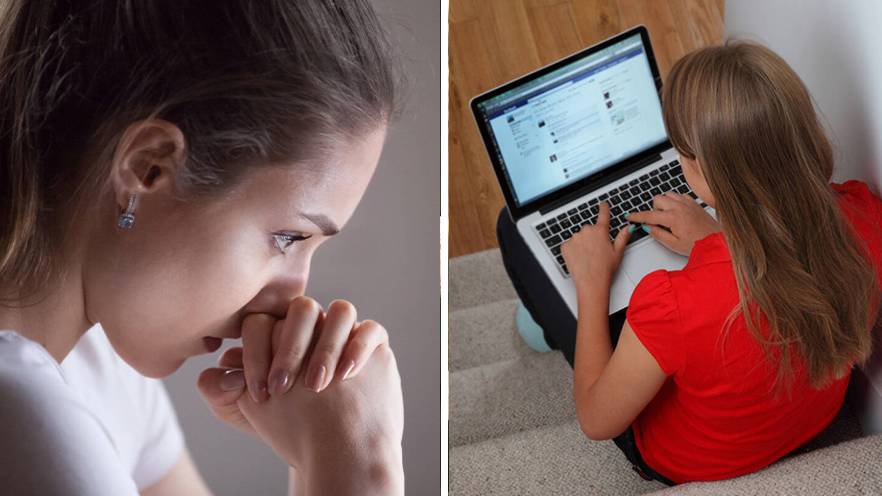 A teenage girl and her mother have been charged with performing an illegal abortion after Facebook turned over their private conversations to police.

Jessica Burgess, 41, has five criminal charges against her, including three felonies, for allegedly helping her teenage daughter abort, burn and bury her fetus earlier this year.

Burgess, of Norfolk, Nebraska, USA, has pleaded not guilty to the charges and is awaiting trial in Madison County District Court.

Meanwhile, his daughter Celeste Burgess – who was 17 at the time – is now on trial as an adult under court law and has also pleaded not guilty to three counts, including a felony.

An area police detective launched an investigation in late April after receiving a tip that Celeste had suffered a miscarriage, and she and her mother buried the body, according to a written statement.

From there, the detective gained access to her medical records and discovered that she would have been more than 23 weeks pregnant – that’s nearly six months – when she got an abortion and was due to give birth on July 3. In Nebraska, abortions are prohibited after 20 weeks of pregnancy.

A few days later, the couple were interviewed and told the detective that Celeste had unexpectedly delivered a stillborn baby in the shower early in the morning after midnight, according to court records.

The teenager then woke her mother, putting the fetal body in a bag before hiding it in the back of their van, the detective claimed.

Some time later, the mother and daughter reportedly drove a few miles north of their town and buried the fetal body with the help of a 22-year-old man, according to reports.

The man told authorities that the mother and daughter tried to burn the fetus before burying it, according to court documents.

Investigators found signs of what the detective described as “thermal injuries” after the body was exhumed, according to court documents.

Both Jessica and Celeste have been charged with removing, concealing or dumping a dead human body, a felony and misdemeanor pair: concealing another person’s death and misrepresentation.

However, a week after the pair were charged, a detective served Facebook with a search warrant, giving authorities access to Jessica and Celeste’s online accounts.

There, police allegedly found messages suggesting Jessica had procured abortion pills for her daughter, giving her instructions on how to administer them.

The detective wrote in court documents: “C. Burgess says she is anxious to remove the ‘thing’ from her body and reaffirms with J. Burgess that they will burn the evidence afterwards.

However, Meta said the warrants received in June were not for an abortion, but for a police investigation into a stillborn baby.

A spokesperson for Meta said in a statement: “Both of these warrants originally came with confidentiality orders, which prevented us from sharing information about them. The orders have now been lifted.

The following month, Madison County District Attorney Joseph Smith added two more felonies to the charges against Jessica Burgess of performing or attempting an abortion on a pregnancy over 20 weeks old and performing an abortion as a doctor. not approved.

The 22-year-old was also charged with helping the couple bury the fetus and did not contest a misdemeanor (an offense deemed less serious than a felony), and awaits sentencing later this month.

Experts say the case proves the importance of encrypting data and minimizing the amount of data Facebook stores of its users, while others believe the company should not have complied with the search warrant .

Pop culture expert Kiki Monique said in a recent post about the case, “I care why the daughter and mother had to resort to this.

“Did they have access to medical care or were they left helpless to make a decision that could now ruin both of their lives? And will Meta make any adjustments to how they comply with search warrants in the future? »

Another viewer echoed, “It’s horrifying that this child and this mother have been put in this position if we had had access to reproductive rights and health care, they probably wouldn’t have been in this position.”

Tyla reached out to a Meta representative for further comment.