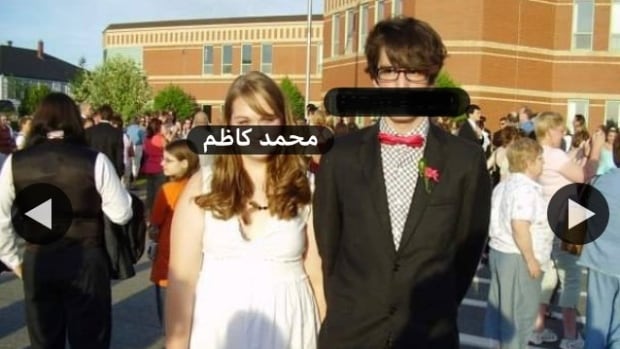 A man from Nova Scotia is fighting to have his late sister’s Facebook account permanently deleted from the social media site after his profile was hacked and is now in use by a stranger.

Evan Cameron said his sister Ali died of leukemia in 2013. His Facebook account was deactivated before his death.

“It was a very deliberate decision knowing there was a chance that she would die.”

Two years after Ali’s death, his Facebook account was reactivated by a man in Iraq, unbeknownst to his family.

The man started using the account like his own – changing the profile name and photo – but he still had access to Ali’s old messages, photos, messages and contacts.

“You can tell when you look at the timeline that there are two separate operators on the account,” Cameron said.

“There is my sister until her death, then in 2015 this new user resurrected the account somehow and started posting.”

Cameron said he became aware of the account when he noticed an unknown Arabic name on his friends list and some of Ali’s friends said they received messages from his account.

“Some of them have received individual messages, and it sounds really, really awkward and very disturbing, obviously,” he said.

“One person told me that this turned into requests for non-stop video calls from that person.”

Cameron said he repeatedly reported the account to Facebook, but to no avail. He also contacted the police, but was told there was nothing they could do since the man was not posing as his sister.

“Sometimes I feel guilty for not trying harder, but it’s just hopeless,” he said.

Evan Cameron, who lives in Liverpool, shares how his sister’s last wish to shut down her Facebook account was ignored by the social media giant. His account was reopened after his death by someone in Iraq. 8:47

Facebook declined an interview with CBC News, but a spokesperson said the company would review the account.

He was still active Wednesday afternoon.

“It’s just a really sad thing to go through, to think of the simplicity with which you imagine [removing an account] to be, to have power over your own digital heritage, ”Cameron said.