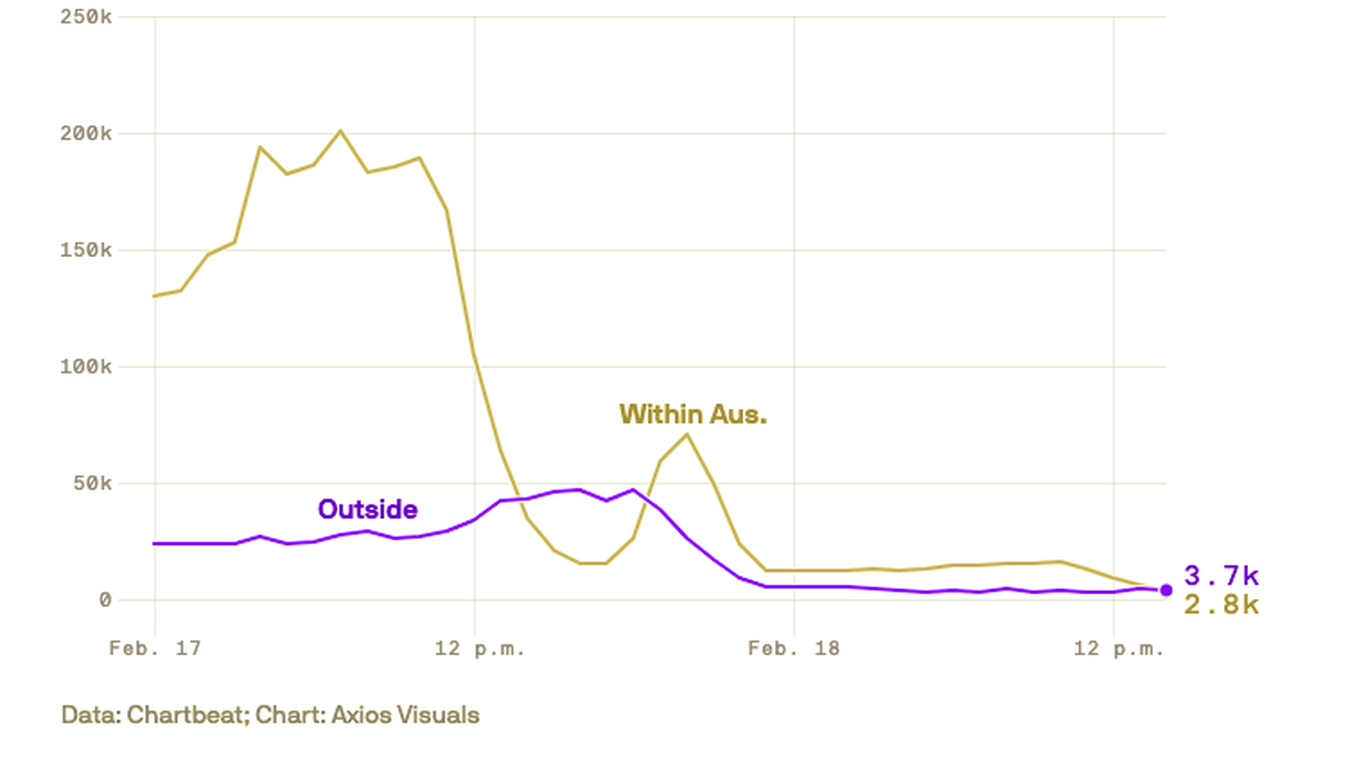 Traffic to Australian news sites in Australia from Facebook links plummeted following Facebook’s decision to stop allowing users and publishers to share links on its platform on Wednesday, data from Chartbeat showed. .

Why is this important: Usually when the Facebook app goes down completely, the news traffic will move to other platforms. But since only link sharing was restricted, it resulted in people visiting fewer news sites in Australia overall.

Yes, but: While the numbers show just how powerful a news distribution tool Facebook is, that doesn’t mean news traffic referrals will be down forever.

Be smart: Facebook’s decision to stop link sharing was taken in response to a new law that requires Google and Facebook to pay Australian news publishers for content. This includes titles and links, with terms set by a third party.

The big picture: The response to Facebook’s decision has been mixed. Some think the tech giant was right to move away from what can essentially be seen as an information tax that fundamentally flies in the face of an open internet.

What to watch: The law is still expected to be passed this week.