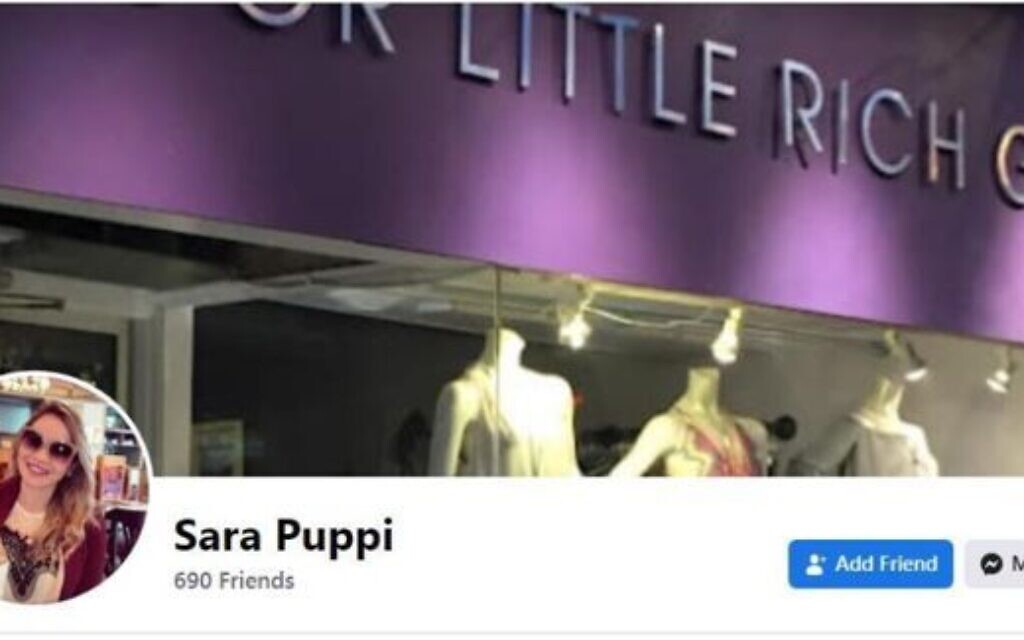 The Shin Bet security agency announced on Monday that it uncovered an Iranian operation that attempted to recruit Israeli civilians to collect intelligence on targets in Israel.

The alleged Iranian operators used a fake Facebook profile under the name “Sara Puppi,” which was presented as a young Jewish woman with connections and business in Israel, according to the agency.

The profile had thousands of friends, mostly Israelis. Once connected, conversations would continue on WhatsApp, the Shin Bet said.

According to the Shin Bet, Puppi asked Shin Bet officers posing as dupes to locate information about Israelis of interest to Iranian intelligence, as well as Arab diplomats and businessmen in Israel, in exchange for thousands of dollars in payment. Additionally, the agents “examined the willingness” of the Israelis to harm the targets, the Shin Bet said.

The agency said the operators of the profile also used emotional and romantic manipulation to get the information they were looking for.

In addition, Iranian operators have asked Israelis to place an “inciting” banner on billboards against Russian President Vladimir Putin, “with the aim of damaging Israeli-Russian relations”, the Shin Bet said.

The Facebook page of an alleged Iranian agent discovered by the Shin Bet. (Shin Bet)

“The Iranian operator behind the Facebook profile used a commercial cover story to assign various tasks, such as a demand for revenge against those who owe him money, a desire to harm personal opponents and even a desire to harm LGBT people in general,” the Shin Bet says.

The agency said it had been monitoring the alleged Iranian operation from the start.

It was not the first time that Iran allegedly used fake social media profiles to try to recruit Israelis for intelligence or terrorism activities. Earlier this year, five Israelis were arrested for helping an Iranian operative, who often claimed to be a Jewish man, to gather intelligence and establish connections in Israel.

In its Monday statement, the Shin Bet warned that Iran’s intelligence services constantly seek to recruit Israelis through the internet to gather information about the country.

“Security officials call on Israeli citizens to be vigilant and cautious about the threat posed by various terrorist elements on social media and to report any unusual requests to the Israel Police,” the agency said.

Last year, an Israeli was nearly tricked by an Iranian agent into traveling to the United Arab Emirates, but canceled his trip after hearing about Iranian efforts to kidnap or harm Israeli citizens.

In 2020, the Shin Bet arrested another Israeli citizen suspected of spying for Iran.

You are a dedicated reader

We’re really glad you read X Articles from The Times of Israel over the past month.

That’s why we started The Times of Israel ten years ago – to provide discerning readers like you with must-read coverage of Israel and the Jewish world.

So now we have a request. Unlike other media, we don’t have a paywall in place. But since the journalism we do is expensive, we invite readers to whom The Times of Israel has become important to help support our work by joining The Times of Israel community.

For just $6 a month, you can help support our quality journalism while benefiting from The Times of Israel WITHOUT ADVERTISINGas well as access Exclusive content only available to members of the Times of Israel community.

Thanks,
David Horovitz, founding editor of The Times of Israel