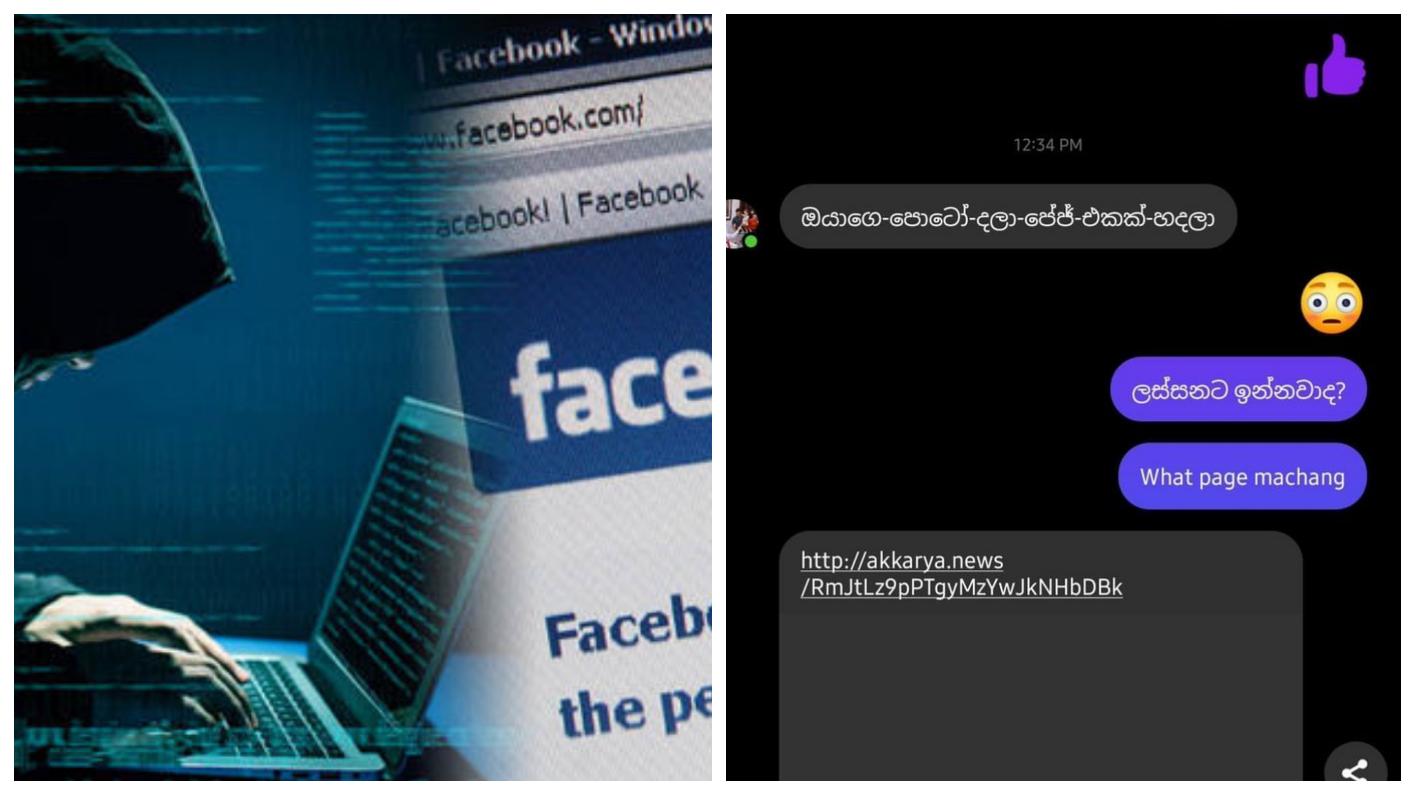 A Facebook profile hacking system via FB Messenger has been reported in Sri Lanka.

The message claims that the recipient’s Facebook account has been compromised and their photo has been misused, tricking the recipient into clicking a web link.

“Now I no longer have access to my account, but the account is active and whoever uses it sends the same message to everyone on my friends list. Don’t open this message if you get a similar message, ”Janaka Nimalachandra warned.

He told NewsWire, despite being cautious of scams, he opened the link as sent to him by a Facebook friend.

He further called on the public to be vigilant in the face of the hacking involving Facebook that is currently spreading in Sri Lanka. (NewsWire)