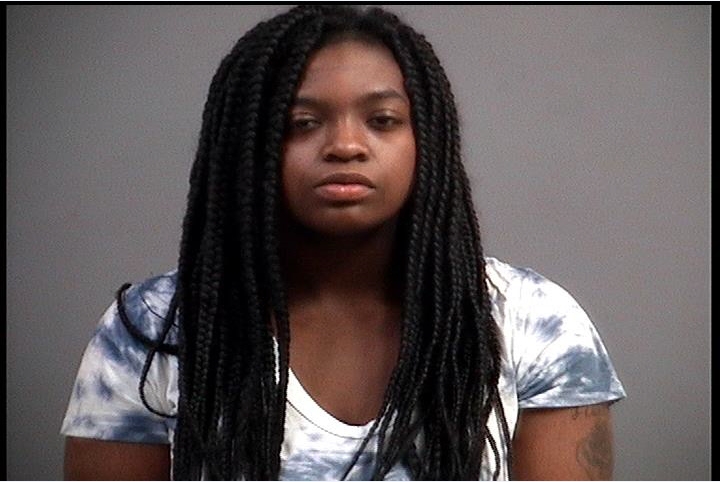 NEWPORT NEWS, Va. (WAVY) – Woman accused of abducting 3-month-old boy while babysitting him in Newport News home confessed to police that she created a fake Facebook profile and used it to create the work, according to court records.

Tykirah Lashae Reid was arrested at her home in North Chesterfield around 6.45pm on Thursday in connection with the abduction of 3-month-old Jiraiya Cherry. The family reported the baby missing around 10:20 a.m. Thursday and an Amber Alert was issued just before 5 p.m.

Jiraiya’s uncle, who 10 On Your Side does not name, was at the family home in the 13000 block of Preakness Drive when the baby was taken.

He told police he was babysitting the baby and his 4-year-old niece when a woman hired by Jiraiya’s parents came to the house to help him. The woman was later identified as Reid, but at the time of Jiraiya’s abduction the family knew her as “Taliyah Lipsey”. Her fake name was based on a Facebook profile she used to communicate with Jiraiya’s parents about the babysitting job, according to court records.

Jiraiya’s uncle went to a back bedroom with his niece, leaving Reid and the baby alone in the living room. Jiraiya’s mother called the uncle at 10:12 a.m. and said she could not reach the babysitter through Facebook Messenger, which was the only method they had used to communicate. She asked Jiraiya’s uncle to watch the baby and the new babysitter. however, when he entered the living room, he found them gone and the front door was partially open, according to court records.

It’s the same timeline of events Jiraiya’s grandparents told WAVY’s Andy Fox during an interview the day after the abduction.

Jiraiya’s uncle reported the child missing to the Newport News Police Department. The child’s mother provided police with a photo from Reid’s Facebook page and gave them the name “Taliyah Lipsey.” Police identified the woman in the photo on the Facebook page as someone who lived in Suffolk.

10 On Your Side does not name this person as they have been cleared by police of any involvement in the kidnapping.

Detectives traveled to Suffolk to question the woman whose photo was used on the fake Facebook page. They talked to him and searched his house. They couldn’t find Jiraiya on his property. The woman told police she believed she had been “scammed” and that another person had used her photo to create a fake Facebook account, court records show.

Police investigated several online accounts associated with the username “Taliyah Lipsey”. They managed to identify Reid as the owner of the accounts. They drove to her home in the 2700 block of Goosby Avenue in North Chesterfield where they found Jiraiya.

Investigators also determined that Reid stole his neighbor’s license plates and put them on his own car on the day of the kidnapping. She used them to transport Jiraiya from Newport News to North Chesterfield.

10 Your Side Investigates: “Patients vs. Perwaiz”

Chesterfield Police Department officers arrested Reid. She confessed to the kidnapping, as well as creating the fake Facebook profile and stealing her neighbor’s license plates, according to court records.

Court documents also added that Reid “struggled with officers and knocked Jirayia Cherry to the ground, who was injured.” CCPD officers said the baby was wearing different clothes than he had last seen.

Reid is charged with kidnapping, child neglect, obstruction of justice, petty larceny, removing a serial number from a vehicle and stealing a license plate.